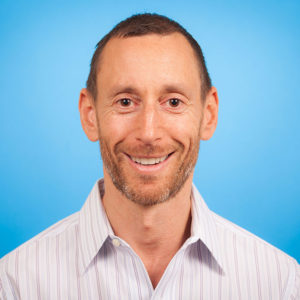 Dr. Mark Yudin is currently an Associate Professor at the University of Toronto and an Active Staff Physician in the Department of Obstetrics and Gynecology at St. Michael’s Hospital. He received his medical degree from the University of Toronto, and then completed his residency training in Obstetrics and Gynecology at the University of Toronto. He then completed a two-year combined clinical and research fellowship in Reproductive Infectious Diseases at Magee-Womens Hospital and the University of Pittsburgh in Pittsburgh, PA. He also received a Master’s Degree in Clinical Research from the Graduate School of Public Health and the University of Pittsburgh. He started as active staff at St. Michael’s Hospital in 2003, and his clinical and research interests include general obstetrics and gynecology, colposcopy, and infectious diseases in women. He co-founded the Positive Pregnancy Program, a comprehensive and multidisciplinary program for the care of Human Immunodeficiency Virus (HIV)-positive pregnant women, in 2006. He is the current chair of the Infectious Diseases Committee of the Society of Obstetricians and Gynecologists of Canada (SOGC), and he is a member of the Executive Working Group of the Public Health Agency of Canada Sexually Transmitted Infections Guidelines. He has lectured and published in the area of infectious diseases in women.

His major research interests include HIV in women (including during pregnancy), pregnancy planning for couples affected by HIV, infections during pregnancy (particularly influenza and hepatitis), and sexually transmitted infections and vaginitis. He has been the recipient of many major grants in these areas, including being one of the founders of and a co-primary investigator on a Canadian Institutes of Health Research grant for The Interdisciplinary HIV Pregnancy Research Group (IHPREG). IHPREG has spearheaded the research and clinical care of HIV-affected women and men in Ontario and nationally since 2011, and there is an IHPREG scientific conference held annually in Toronto.