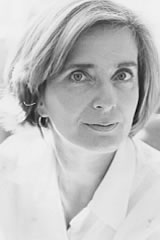 Monika Naus obtained her medical training at the University of Alberta and her training in community medicine at the University of Toronto. She then served as a federal field epidemiologist with the Laboratory Centre for Disease Control prior to starting her career in public health, with a focus on communicable disease prevention and control. Prior to joining the BCCDC in July 2001, she was the Provincial Epidemiologist in Ontario from 1997 to 2001, and Senior Medical Consultant in Vaccine Preventable Diseases and TB Control for the Ontario Ministry of Health from 1990 to 1997. She was a member of the Canadian National Advisory Committee on Immunization for 12 years, chairing it from 2003 to 2007, and overseeing the publication of the 2006 7th Edition of the Canadian Immunization Guide. She is a member of the national Advisory Committee and Causality Assessment which reviews serious adverse events following immunization received by the Canadian surveillance system. In BC she co-chaired the BC Immunization Subcommittee from 2005 through 2009 during its inaugural 4 years. She is a Fellow of the Royal College of Physicians of Canada and of the American College of Preventive Medicine. Her interests include various aspects of planning and evaluation of old and new immunization programs, surveillance of communicable diseases, and outbreak investigation.