Over the past year, the SOS Network has demonstrated its continuing value as a real-time reporter of vaccine effectiveness, reporting on national influenza activity weekly to the Public Health Agency of Canada (PHAC), and adding provincial estimates for INSPQ.

Established in 2009, the SOS Network prospectively monitors annual seasonal influenza vaccine effectiveness (VE) in the prevention of hospitalization of adults with confirmed influenza illness, and is also examining the burden of influenza illness to the health care system among adults hospitalized by this disease.

SOS has successfully leveraged funding from Pfizer in order to continue surveillance of Community Acquired Pneumonia and Invasive Pneumococcal Disease. Since 2015, PHAC has provided additional targeted funding for SOS influenza surveillance. Also, SOS data have been used for secondary data analysis of the cost of influenza hospitalization across Canada, influenza outcomes and burden of disease in specific patient populations including those with Chronic Obstructive Pulmonary Disease and immunosuppression, and the impact of frailty on vaccine effectiveness and outcomes in older adults. SOS continues to provide real-time influenza and CAP surveillance data for 2017, providing invaluable data to PHAC and provincial agencies. The network is comprised of 13 sites located in BC, Ontario, Quebec, New Brunswick, and Nova Scotia. Currently, 15 hospitals in 5 provinces participate in the network’s activities, providing data on ~8000 adult acute-care beds.”

The SOS Network demonstrates the importance of vaccines as a key part of an overall strategy for healthy aging, and not just a method of disease prevention. We know that influenza vaccines work reasonably well to prevent infection in younger adults, but we really want to understand how well influenza vaccines prevent older people from being hospitalized. Importantly, our data shows that 15% of people 65 years of age and older admitted with influenza don’t get back to their usual baseline of activity, and may never get that function back.

The SOS Network continues to lead the field in the study of the impact of frailty and how frailty is used to measure the effectiveness of vaccines. This work has resulted in standardized ways to measure frailty in vaccine studies.

This year, SOS continued its collaboration with the Global Influenza Hospital Surveillance Network, a network of similar hospital-based surveillance networks that are trying to define the burden of influenza in both children and adults. Through this collaboration, the SOS Network is not only informing Canadian health policy, but influencing the agenda of public health globally.

The SOS Co-Lead, Dr. Melissa Andrew, was recently named to the scientific advisory committee of the Global Influenza Hospital Surveillance Network. SOS has also been working closely with epidemiologists at the Center for Disease Control to ensure that data in Canada and the United States are collected in a manner that they can be effectively compared and studied.

The SOS Network was also successful this year in recruiting trainees. Michaela Nichols-Evans, who completed her master’s degree working on SOS research, was recently hired as the epidemiologist for the SOS network and has been integral to moving our projects forward.

The SOS Network has become core infrastructure in Canada’s influenza surveillance program and informs decisions around prevention of severe outcomes due to influenza and pneumonia. 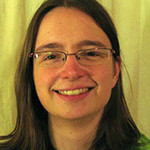 Dr. Melissa Andrew is an Associate Professor of Medicine and consultant in Geriatric Medicine at Dalhousie University in Halifax, Nova Scotia.

Impact of hospitalization due to influenza on short and long-term frailty in older adults: toward a better understanding of influenza burden of disease

Optimization of the adjusted estimate of VE: Utility of the Frailty Index (FI) in quantifying and adjusting for confounding by vaccine indication