The primary goal of the Clinical Trials Network (CTN) is to increase the trial capacity for Canadian researchers and provide the institutional infrastructure where the lead for any one trial can be any member of the CTN, making it a truly pan-Canadian network. The CTN currently has systems and processes in place to support investigators to address diverse questions.

2017/18 was an important year for the CTN, with the culmination of years of work to start enrollment for the first African-Canadian collaboration for a phase II Ebola vaccine in HIV-affected populations study (ACHIV-Ebola). This collaboration between the International Development Research Centre (IDRC), CIRN and Merck began enrolling participants in 2018.

Launching the ACHIV-Ebola trial has required, and will continue to require, a tremendous amount of work behind the scenes. The CTN has coordinated with our partners at Merck across four different clinical sites, liaised with governments in three different countries to ensure ethics submissions and associated documentation were accurate, and planned the logistics of transporting the vaccine and patient samples to and from Africa. This would not have been possible without the tireless efforts of the project management team of Karen Inglis, May ElSherif, Jessica McCarthy and Donna MacKinnon-Cameron.

This year, the CTN welcomed new investigators, like Guillaume Poliquin, who is leading an Ebola vaccine study in Winnipeg for first responders and laboratory personnel who may come into contact with the virus.

In 2018/19, the CTN has four new trials beginning, two led by Manish Sadarangani in British Columbia, one led by Brenda Coleman in Toronto, and one led out of Halifax. 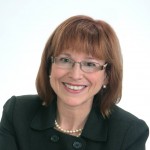 Dr. Joanne Langley is a Professor of Pediatrics (Division of Infectious Diseases) and Community Health and Epidemiology at Dalhousie University. Read More »